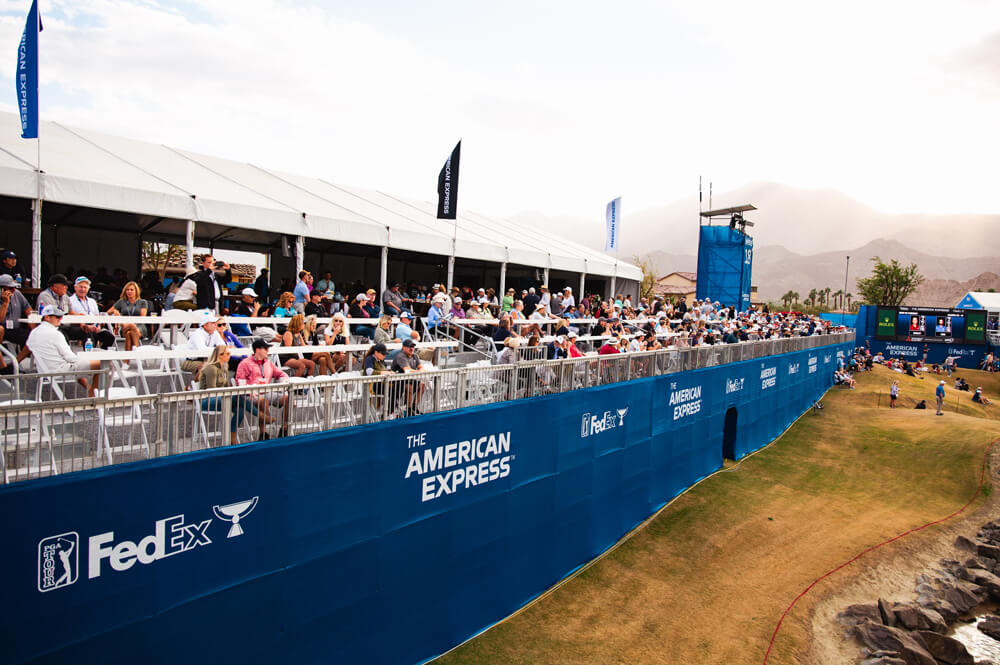 LA QUINTA, CALIF. – The American Express™ announced a $1.1 million charitable donation from the 2021 PGA TOUR golf tournament to be distributed among 36 partner organizations in the Coachella Valley during a presentation Tuesday morning at La Quinta Country Club.

​“Our tournament’s foremost mission will always be to serve as a caretaker to our community, with the perpetual goal of positively impacting the Coachella Valley,” said Pat McCabe, Executive Director of The American Express. “We are so thankful for the tremendous support of our title sponsor, American Express. Without its unwavering support of the tournament, none of this would be possible. The funds from the 2021 event will reach more than 30 local charitable organizations across the Coachella Valley and over $1 million is going to some of the most in need. We look forward to a bright future ahead in 2022 and beyond.”

The American Express is the first PGA TOUR regular season event in the continental U.S. each year and kicks off the TOUR’s West Coast swing in La Quinta, Calif. The 2022 tournament features 156 professionals and 156 amateur golfers playing a round each at PGA WEST’s Stadium Course and Nicklaus Tournament Course and La Quinta Country Club from Thursday, Jan. 20 through Saturday, Jan. 22, before playing the final round exclusively on the Stadium Course on Sunday, Jan. 23.

All ticket options for the 2022 American Express are currently on sale at the tournament’s official website, www.theamexgolf.com. Upon entering the tournament’s grounds at PGA WEST and La Quinta Country Club, all ticketholders must show their COVID-19 vaccination card at the tournament’s spectator entrance or show a negative COVID-19 test result within 72 hours of tournament entry.